For private entities, no the ADA does not require 15 or more employees. This question- I get this question so much and the reason why I do is because it’s not clearly answered. I just looked for three hours – searching on Google, changing my searches, trying to find the answer to this and I could not and the reason why I couldn’t is because Google is trying to get fancy with the searches and people just don’t answer it or they get it wrong. And so here is the answer and this is the correct answer:

The ADA has different titles to it. Title I concerns employment and that mandates the 15 or more employees to fall under the American Disabilities Act.

So that’s where that comes into play, it’s just in concerning employment there so it’s a completely separate title from Title III. Title III is only concerned with places of public accommodation and if you have a place of public accommodation it doesn’t matter how many employees you have because you are open to the general public and therefore you need to be accessible.

So you don’t get out of this by having a website and less than 15 employees. You are definitely- you definitely still need to comply with the Americans with Disabilities Act. And so I think what’s happening is a lot of small business owners are thinking, well I don’t have 15 employees I’m good. You’re absolutely not good.

No, you still have to and it’s going to be the same way with websites because again we’re looking at Title III. And Title I and Title III are separate and they concern different areas of public life. And so, yes, a corporation- for example look let’s look at Costco.

Costco might fall under both Title I and Title III of the ADA so they have 15 or more employees they need to make sure that they make reasonable accommodations for those employees, but they’re also a place of public accommodation and they need to make sure that they are accessible to the general public. So that’s the confusion right there and that’s your answer.

And I know that you cannot find that on Google because I just looked, but I’ve put this video out, I’ve got an article out, I even made a one-page website and it’s all to say, that don’t get caught off guard by this.

You- you do fall under the American with Disabilities Act if you are open to the general public and part of the ADA a is part of part of the confusion in this is that websites were not contemplated by the ADA and currently the ADA is being liberally construed to include websites but there is no- there’s no legal prescription there’s nothing in the law there’s nothing in the regulations that says exactly what private entities in the US need to do to make their website ADA compliant. Now do we want things to be accessible – yes.

But we want there to be a precedent, we want there to be a law that exists that it tells us exactly what we need to do and that isn’t the case right now so the law is being made up as we go along based on the liberal construction interpretation of the Americans with Disabilities Act so that’s what’s happening but what it’s important the important part of this video the important takeaway is that you do not need to have 15 or more employees under Title III of the ADA.

Title I is what- is what calls for 15 or more employees and not about employment discrimination this is about having a place of public accommodation.

Book a Consultation with Kris 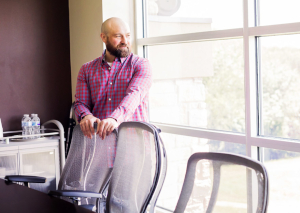 This is for a 1 Hour Phone/Skype (audio only) consultation with Kris Rivenburgh. This consultation does not create an attorney-client relationship.

I’ll contact you personally via email within 24-48 hours (weekends excluded) of your order to schedule your phone coaching session.

If you do not receive an email, check your junk folder.