This post marks the fourth post in a 5-part series where I look at websites being sued despite the use of an accessibility overlay.  For more background on this series, refer to the Walters v. Venum case.

Carmensol.com has the AccessiBe widget on the lower left hand side of its website.  It did take several seconds for the AccessiBe icon to load on my browser.

Here’s a screenshot of Carmensol.com with the AccessiBe toolbar menu open from July 24, 2020: 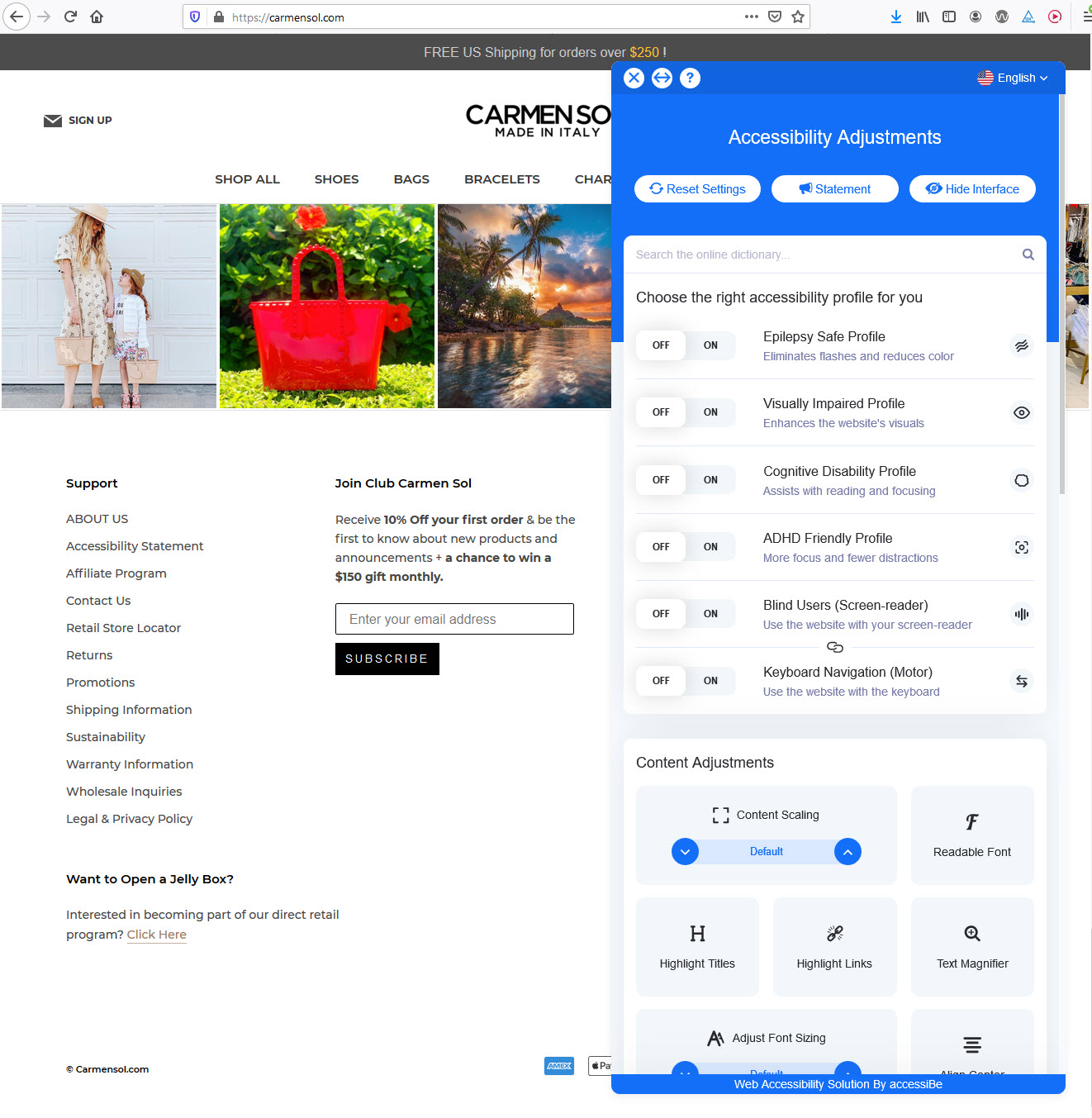 The last screenshot from Archive.org I see is from 2019 which doesn’t show AccessiBe. There is an accessibility policy from AccessiBe but I did not see that page in Archive.org.