ADA and FHA defense attorney Richard Hunt wrote a blog post entitled, Is there a silver bullet for ADA website accessibility? Sorry, but the answer is no where he listed out 5 cases (in a two week stretch) where the defendants used an accessibility overlay / widget / toolbar and were nevertheless sued.

Note: This is because accessibility overlays, despite their claims to the contrary, do and can not make your website instantly accessible per the commonly referenced WCAG 2.0 AA standard (nor do they meet with WCAG 2.1 AA).

In this 5 part series, I’ll extract the claims of inaccessibility from each case and the overlay / widget being used. Below are all five cases and we’re on the third, Fredericka Nellon v. Agri Beef Co..

No mention of an overlay was made in the filing.

As of July 24, 2020, SnakeRiverFarms.com doesn’t have the traditional AccessiBe icon but it does have a clickable wheelchair icon of sorts next to the footer navigation links that opens up to the AccessiBe menu. 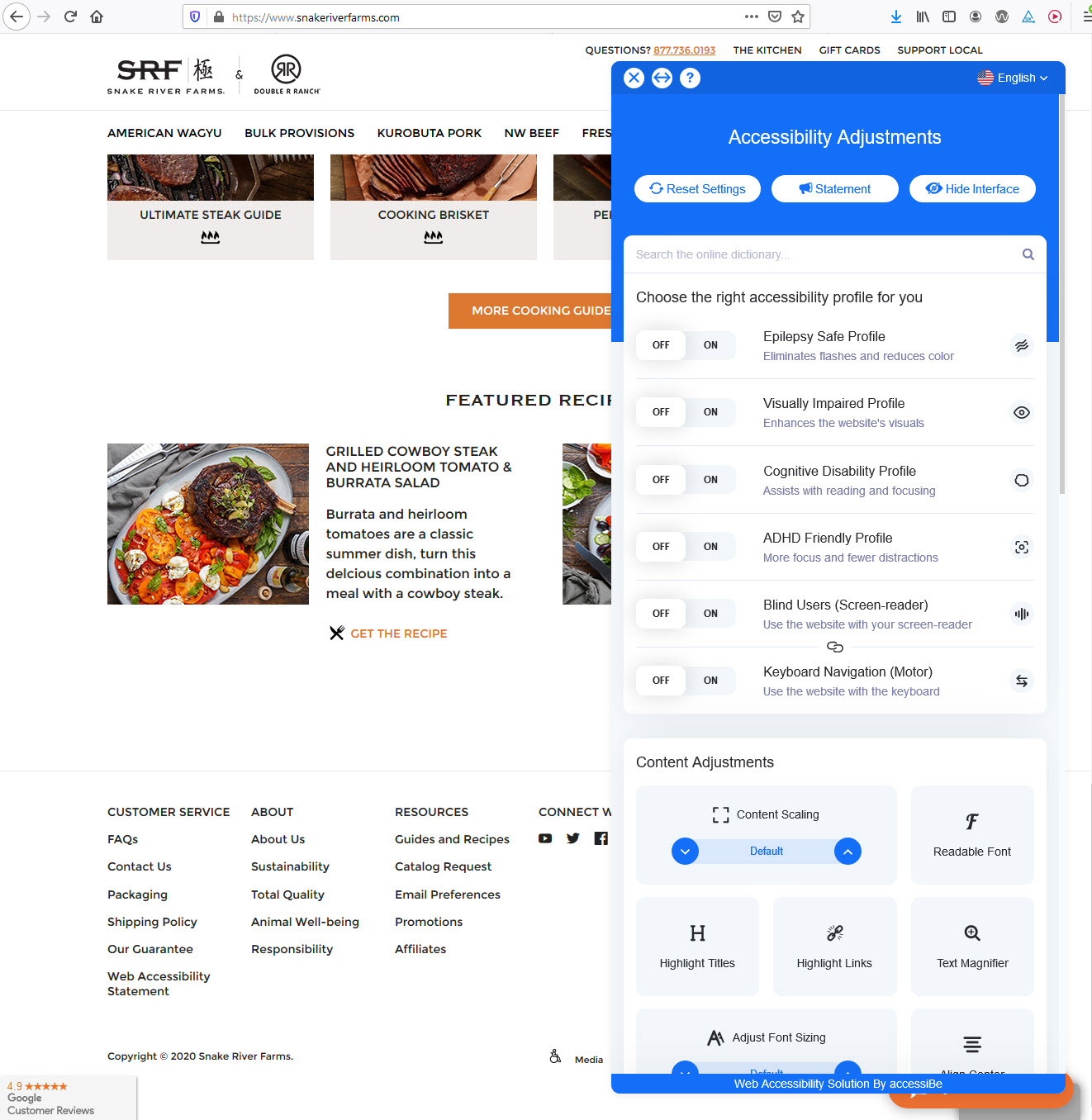 I checked Archive.org and the earliest I can see this same AccessiBe icon is April 6, 2020.